One of the noticeable things in the radical changes of the technology is how smaller devices are becoming. This lets people break free of the barrier of desktop bound environment. The cliché minutiae of the smartphone to bring right out while you are in the queue won’t be replaced by laptop for such quick pick. In case, you need to do some heavy task on bigger screen than smartphone, you need a laptop which lot of people go for.

If you are a tech enthusiast or someone who is looking for recommendations, check out this list of laptops that are out there in 2022.

If you do not care about the budget, you know you will get it covered and looking for high-performance laptop that is ready to go along and be deployed into the war zone to get the precise head shot without a performance hiccups, Zephyrus G15 is what you need to take a look at. This is one of the lightweight 15-inch gaming laptops you can have with the flexibility of portability without sacrificing the performance you need on the go.

This bad boy is powered by the top notch mobile chips out there AMD and NVidia could offer. This goes invincible with the 165Hz QHD display! This machine stood against the toughest test like handling the AAA title on a resolution of QHD. It is pumped up with power from the latest Ryzen 9 6900HS CPU along with an NVidia GeForce RTX 3080 GPU to tackle the toughest challenge out there as much as it can!

Other aspects like sound system comes in with six speakers with Dolby Atmos support and two-way noise cancellation technology powered by AI. WiFi comes in with the WiFi 6E support. This laptop has an incredible reviews and happily accepted by gamers and tech enthusiast from all over the world.

Dell is one of the most sought brand when it comes down to laptop and stood against the test and toughness of the time and industry. DELSS XPS 13 comes in with 11th Gen Intel (Tiger lake) Processor which is i3-1115g4 with two variations. First one a core i3 which has 6 MB of cache, 2 cores, 4 threads and up to 4.10 GHz turbo frequency. The second is , Core i5 with 8MB cache, 4 cores, 8 threads which goes up to 4.20 GHz turbo frequency. The latter one is recommended for the user prefer high performance for their heavy weight tasks. Although the former one still unbeatable at that range.

It comes with an integrated Intel GPU and Intel Iris XE GPU. Display comes in with touch and anti-reflect screen so that you can work under environment flooded with light. The battery life is exceptionally good. This is also an ultra portable machine which is quite light in weight and ultra thin.

This sleek machine has been out with 16 inch display with 60Hz QHD resolution. What is most standing point for this laptop is it has the new Intel Arc graphics. Intel Arc is a dedicated GPU out now and directly competing with NVidia, which is racing against each other at this point. To spice things up, Acer Swift launched this bad boy out in the market.

It has already great reviews from the users whose needs were properly met with this swift. This machine is also suitable for gaming. X16 starts at $1200. 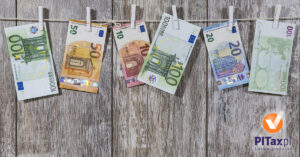