To narrow it down to one or two pages could never be suffice enough to picture the headline’s expectations. Still, we can get a general introduction to this historical changes and the most controversial events in the musical history of 1960’s.

The Beatles generally were a big thing not for their showmanship or just some random historical figure, They were the most influential band of all time. They set a new youth culture and art form and gave way to most modern music there could be with their sheer talents and dedication with silly English humor of that time. Here are some of the facts about the history of the band.

The beginnings of the band

The band did not go through crazy line-up changes other than departure of Pete Best who was the first drummer before Ringo Starr joined the band. When the final line-up started off, they probably did not even know how big of a shot they were about to become. Their musical style started off as regular pop and blues rock of that time, with more modern approach than the rest of that time. This gave them a new fresh attention of the youth of the time.

There were the times when Paul, Lenon, Harrsion would ride miles to some place to meet someone for guitar chords and new scales. They were heavily fascinated by the music and this is the days when they were not a big thing but just starting out to form The Beatles.

Their pop time was pretty popular in the youth culture of that time with their first LP “Please Please me”. With the singles like, “Love me do” and “ Please Please me” hitting the UK chart at number two, they were added in the album. These four young musical maniac recorded the whole album in a day. This album also contained such a massive hit as “She loves you” which literally shook the UK chart. Their following pop albums were equally hits and created a massive euphoria in the youth culture of the time. Albums like ‘Hard Day’s Night’.

The next phase of the development of the band

Later on they were exposed to the drug culture especially the first high of marijuana introduced by Bob Dylan, these boys had a radical changes in their perception and that was significantly becoming apparent in their latter albums. They were also very strict against racism. There were times when they were invited to play a show in Hotel George Washington in Jacksonville, US labelled “white-only”, Beatles refused to perform in a racial segregated venue and rather demanded audience integration.

Their thirst for musical innovation never stopped and rather grew to the point that they became obsessed with musical experimentation. Paul and Lenon’s fascination in the modern instruments was growing heavier. Later on their genre turned from regular pop, blues-oriented type to much psychedelic, experimentation and hard rock. With the album like ‘Sgt.Pepper’s Lonely Hearts Club Band’ their fan experienced a steep turn in their musical direction from much abstract, hard rock and experimental album like ‘Revolver’ to “White album” after their India tour for meditation.

You can watch the whole process of evolution of the band while going through the Beatles Anthology set to dive into their crazy world from four teen boys just starting out to massive changes in the movement and of course. Listening to their discography can give you a broader experience of why they were such a big shot in the history.

One thought on “Why The Beatles were a big thing?” 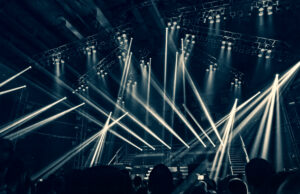